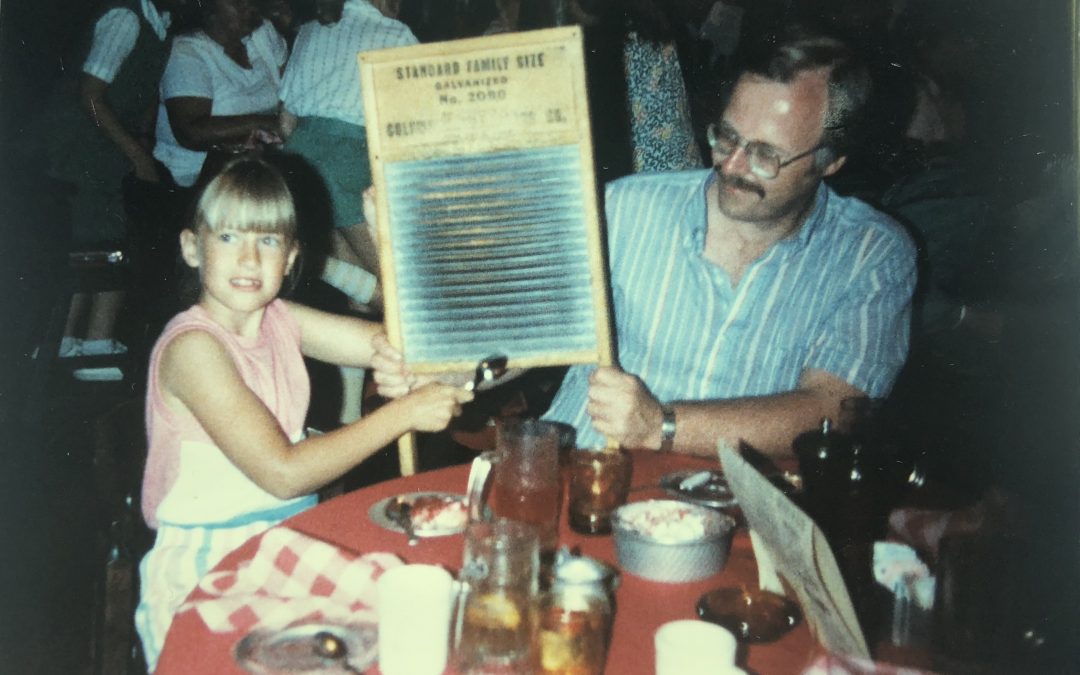 Innovation is all about embracing the AND.

Looking back, I realize that much of my childhood was also about embracing the AND.

A few years ago, I wrote about my mom, the OG (Original Gangster) of Innovation.  She was what most people imagine of an “innovator” – creative, curious, deeply empathetic, and more focused on what could be than what actually is.

With Father’s Day approaching, I’ve also been thinking about my dad, and how he is the essential other-side of innovation – analytical, practical, thoughtful, and more focused on what should be than what actually is.

In the spirit of Father’s Day, here are three of the biggest lessons I learned from Dad, the unexpected innovator

Managers would rather live with a problem they understand than a solution they don’t.

When Dad dropped this truth bomb one night during dinner a few years ago, my head nearly exploded.  Like him, I always believed that if you can fix a problem, you should.  And, if you can fix a problem and you don’t, then you’re either lazy, not very smart, or something far worse.  Not the most charitable view of things but perhaps the most logical.

But this changed things.

If you’ve lived with a problem long enough, you’re used to it.  You’ve developed workarounds, and you know what to expect.  In a world of uncertainty, it is something that is known.  It’s comfortable

Fixing a problem requires change and change is not comfortable.  Very few people are willing to sacrifice comfort and certainty for the promise of something better.

What this means for innovators is that it is not enough to identify, understand, and convince people of a problem.  In order to make progress, we need to also identify, understand, and convince people that the solution is a better option.  When people agree there is a problem but refuse our solution, it’s not because they’re lazy, dumb, or something worse.  It’s because we haven’t given them a solution they understand.  We have more work to do.

Start all over again

My dad had an office job doing office stuff.  We never really knew what he did, to the point that when True Lies came out, we (my mom, sister, and I) just started telling people that he was a spy.

Like everyone who has office jobs doing office things, Dad had lots of meetings and projects which means he also had some frustrating days.  As I stepped out into the world, he knew I would have some frustrating days, too. So he gave me this Ziggy cartoon with a little note:  “Keep things in perspective – it’s always a new day and a new opportunity for a fresh start.”

Not an easy thing for an impatient perfectionist to remember.

And isn’t that what innovators are?  We’re impatient, we believe things can (and should) be better, and we don’t always react that well when other people don’t see what we believe is blindingly obvious.  Sometimes we handle it well but sometimes we fall down (lose our tempers, yell at people, etc.).

Innovation, especially innovation within an existing company is hard.  We will fall down because we’re trying to do something that’s really hard, drive change.  But we can’t stay down.  We need to pick ourselves up, dust ourselves off, and try again.

Mom was the silly one.  Dad was the serious one.  So it was a bit surprising when I received this card from Dad a few days before Finals.

It’s important to remember that a good THPPFT, or burst of laughter, or *&%$#, or 30-second dance party can get you through a rough day. It breaks up the intensity and the self-imposed seriousness of whatever is happening.

Innovation, especially Design Thinking, is rooted in child-like wonder – curiosity, creativity, surprise, and joy.  As innovators, if we get mired in the seriousness and stress of work, we will lose the joy and humor required to create and change.  We need a good THPPFT to stay effective innovators.

In previous blog, I’ve mentioned a poem that Dad gave me, probably in HS, that I think about regularly.  I am quite sure that there were times he deeply regretted sharing this with his head-strong, opinionated, and slightly anti-authoritarian daughter, as evidenced by the hand-written note on the paper version – “don’t think you’ll always be right.”

While I was right that I would never use calculus (or physics or chemistry) after school, he was right to share this with me.  And now I share it with you:

Will The Real You Please Stand Up?

Submit to pressure from your peers and you move down to their level.

Speak up for your own beliefs and you invite them up to your level.

If you move with the crowd, you’ll get to further than the crowd.

When 40 million people believe in a dumb idea, it’s still a dumb idea.

Simply swimming with the tide leaves you nowhere.

So if you believe in something that is good, honest, and bright –

stand up for it.

Maybe your peers will get smart and drift your way.