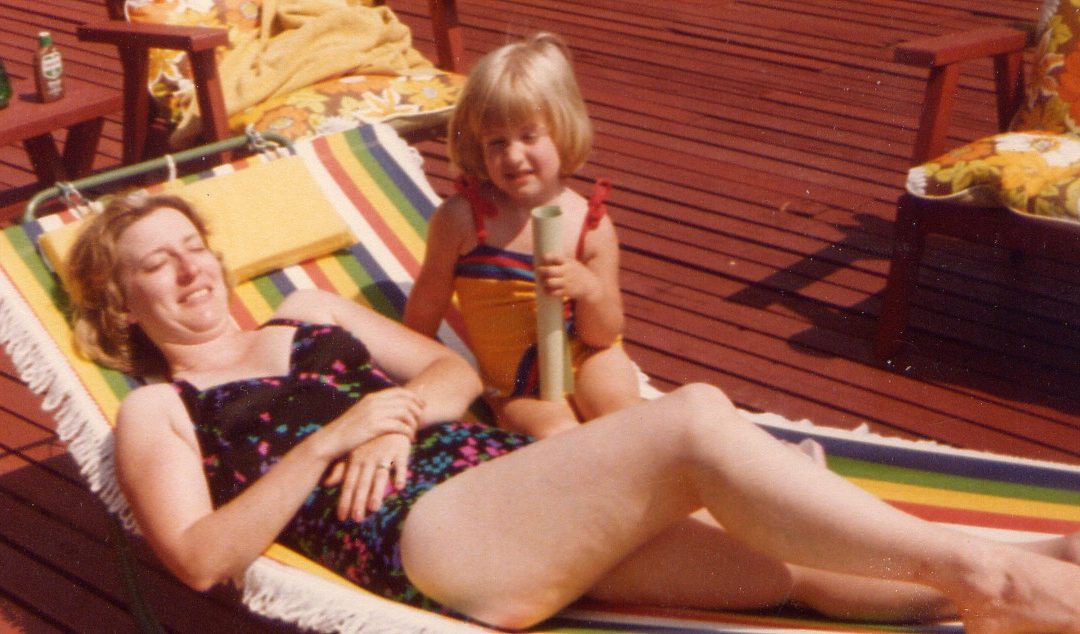 My Mom was a nursery-school teacher. It was more than her profession, it was her gift. Long after my sister and I were grown and out of the house, my mom chose to spend her days with 4-year olds, teaching them everything from the ABCs to how to use the WC.

Like all moms, she was an innovator. She was constantly creating something different that had impact. Admittedly, sometimes “different” was just weird and “impact” wasn’t always ideal, but it’s only just recently that I’ve realized how much my mom (probably accidentally) role-modeled the traits of a world-class innovator.

The genius of stealth prototyping

“Oh, I needed a ghost puppet for school so I just used one of your dad’s socks.”

When my dad got home from work, I showed him the sock and asked if he had noticed the black circles on the foot. He had not.

Let me be very clear about what happened here:

Proof that if you use what you’ve got to do what you need to do, management will be none the wiser.

The infectious nature of optimism

My Mom was raised by a Marine and while she went easier on us on a day-to-day basis, her standards were Marine-high when it came to weekend chores and Spring Cleaning. For example, when my sister’s boyfriend (now husband) came to visit for the first time, my Mom had me spend several hours laying on my stomach with a pair of tiny sewing scissors, trimming the entry-way rug to ensure all of its fibers were exactly the same length.

Every Saturday when we were growing up, immediately after rattling off a long list of chores to a chorus of groans and eye rolls, Mom would reassure us that “If we all work together, it will only take 20 minutes.”

We always knew it would take infinitely longer than 20 minutes. There is no way four people can clean an entire house up to Marine code standards in 20 minutes. It’s simply not possible. But despite this fact, we always hoped that this time, this time, it would only take 20 minutes.

It never took only 20 minutes. Never. But we always hoped it would.

The life-changing power of empathy

Children were drawn to my Mom. She was like the Pied Piper. Whenever we were in public, children would gravitate to her, walk beside her, wave to her. She connected with them in a way that defied explanation. So, when she passed away suddenly, it was not surprising that there were nearly as many children at her wake as there were adults.

But it was one little girl who passed on to me my mom’s final lesson.

As my dad, sister, and I shook hands, hugged, and thanked people for coming, I noticed a young girl, maybe 6 or 8 years old, standing along a wall sobbing uncontrollably. In a week filled with inconsolable people, she was the most inconsolable I’d seen. So I stepped out of line to talk to her.

I knelt in front of her and asked what was wrong (yes, it’s a stupid question but cut me some slack, I definitely did not inherit my mom’s “good with kids” gene).

“Your mom changed my life. When I was in her class, I didn’t have any friends and my parents were going to pull me out of school. But your mom heard me singing one day and she came over to sing with me. We sang together every day after that. She gave me to confidence to talk to the other kids. And now I’m still in school and I have friends and I even sing in the choir.”

My mom couldn’t sing. She was a terrible singer and she knew it (side note: I did inherit my mom’s “can’t carry a tune in a bucket” gene). But she saw a little girl in need of a friend so instead of worrying about how silly she would sound, she joined that little girl in singing a song. And, in doing so, changed a little girl’s life.

To all the Moms in my life and all the Moms in yours, Happy Mother’s Day. Thank you for all that you have done for us and taught us. You are many many things, brilliant world-class innovation OGs is just one.