What “The Princess Bride” Teaches About the Corporate Innovation Experience 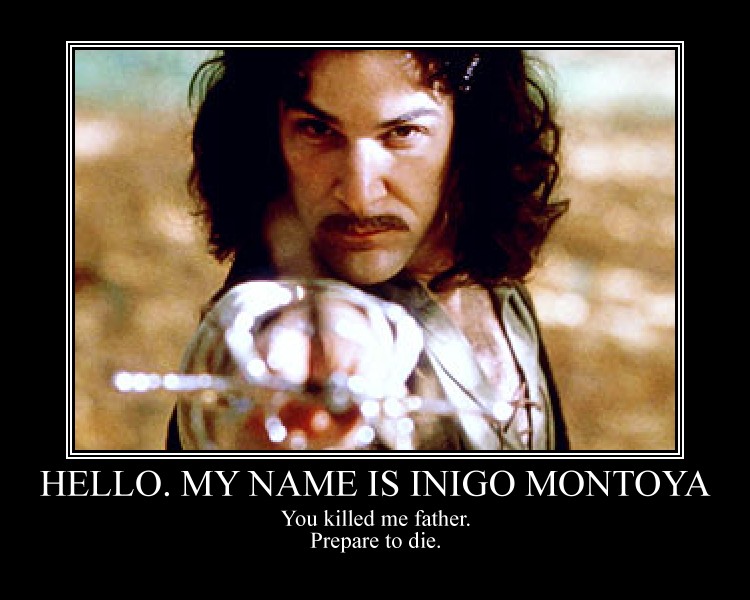 A few weeks ago, I wrote a post using quotes from “Moneyball” (the movie, not the book) to describe the experience of trying to innovate within a corporate setting.

It was great fun to write, I received tons of feedback, and had many fascinating conversations (plus a fact check on the year the Red Sox broke the Curse of the Bambino), so I started searching for other movies that inadvertently but accurately describe the journey of corporate innovators.

If you have not seen The Princess Bride, stop reading and immediately go watch it.  Seriously, there is nothing more important for you to do right now than to crawl out from the cultural rock you’ve been under since 1987 and watch this movie.

If you’re reading this, you’ve clearly watched the movie and know that it is packed with life lessons and quotable quotes.  It also captures the reality of innovation within the walls of large companies

A company’s focus on Innovation usually begins the moment a senior executive, usually the CEO, declares it to be a key strategic priority and promises Wall Street analysts that significant investments will be made.

It then trickles down to business units and functions, with each subsequent layer told to “be more innovative” and “come up with more innovation.”

Then, one day, the responsibility for innovation lands in someone’s lap and stays there.  To be honest, it’s usually an exciting day for the person because they’ve been asking questions, suggesting ideas, and pushing for innovation for a long time, and now the powers that be have permitted them to do something about it.  They may even have been given a title and budget specific for innovation.

But “innovation” was never defined.

The CEO may think it is an entirely new business, something flashy and new that rivals anything coming out of Silicon Valley.

The Business Unit and Functional Heads may think it’s a new product or technology, something just different enough from the current business to be newsworthy but not so different that it changes how things are done.

And the new Innovation owner thinks it’s new ideas, lots of brainstorming sessions, and networking with entrepreneurs and startups.

Without alignment as to what “innovation” means and what it needs to deliver, the stage is set for misalignment, frustration, and ultimately failure.  Al because that word, “Innovation,” does not mean what you think it means.

“Nonsense, you’re only saying that because nobody ever has.” – Westley

Let’s imagine for a moment that a common definition and set of expectations for innovation is established and everyone up and down the corporate hierarchy is in agreement (this actually does happen, but it takes effort).

The innovation owner has a clear mandate and is hard at work building an innovation pipeline – they’re having lots of qualitative interviews to build customer empathy, they’re facilitating brainstorming sessions to get ideas, they’re building prototypes to get customer feedback.  Most importantly, they’re sharing their work with anyone who will listen, asking for feedback, and building supporters and champions.

And then, the chorus begins.

“This will never work”

“You’ll never get approval for that”

“If we do that, we’ll lose customers”

In these moments, the dark seeds of doubt are planted.  The innovation owner must dig deep, reminding themselves that people are only saying those things because it hasn’t worked yet, no one got approval yet, customers haven’t yet weighed in, and you haven’t tried to do that yet.

After all, just because something has never been done, doesn’t mean that it can’t be done.

“Thank you so much for bringing up such a painful subject.  While you’re at it, why don’t you give me a nice paper cut and pour lemon juice on it.” – Buttercup, the Princess Bride

Let’s be honest, most corporate innovation efforts don’t result in the world-changing, life-affirming successes we hop for. Innovators are, by nature and necessity, an optimistic bunch so when things don’t work out as we hope, it hurts. It hurts as much as a paper cut with lemon juice poured on it.

“I supposed you think you’re brave, don’t you?” – Vizzini

“Only compared to some.” – Buttercup, the Princess Bride

Those who took on the work and responsibility of innovation are brave.

It takes guts to try something new.  To ask questions.  To challenge the status quo.  To continue seeking a yes amongst a thousand no’s. To put your reputation, your bonus, and maybe even your job on the line.

And that’s what corporate innovators need to remember – that whatever happens, they were brave.  They worked hard, they battled the odds, they did make change happen.  Even if it was only how they see and understand the world.  Even if it only to get smarter and stronger and prepare for the next time they are called upon to drive change.

Because in that moment, innovators must be ready to say “As you wish.”