Moneyball and the Beginning, Middle, and End of Innovation 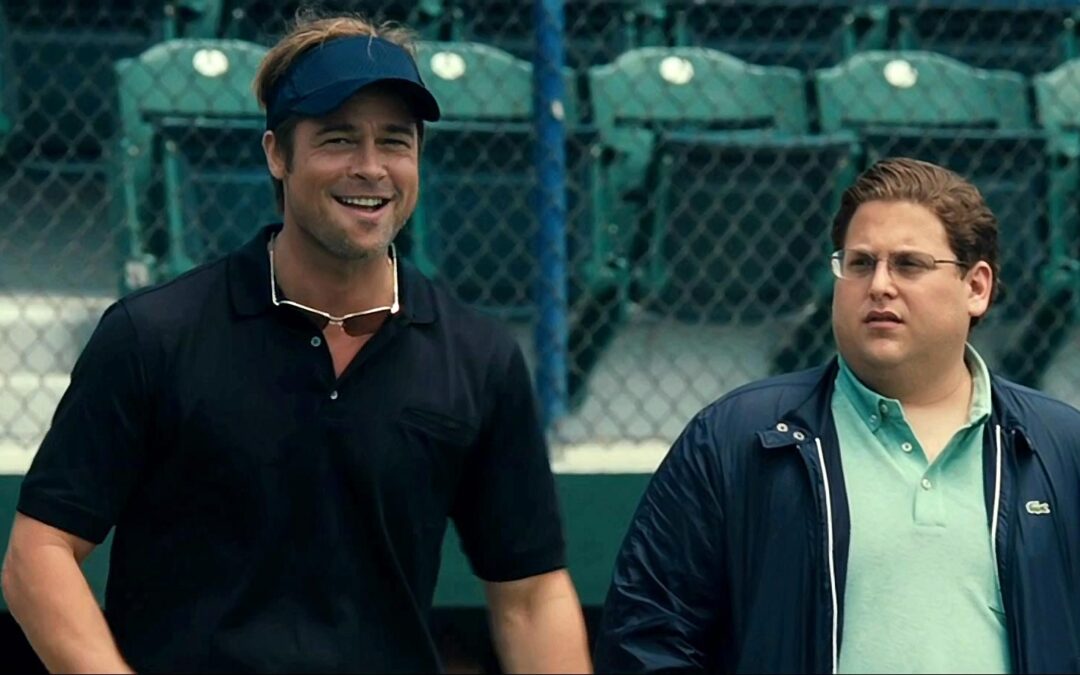 Last week, pitchers and catchers reported to MLB Spring Training facilities in Florida and Arizona.  For baseball fans, this is the first sign of Spring, an occasion that heralds months of warmth and sunshine, ballparks filled (hopefully) with cheering fans, dinners of beers and brats, and the undying belief that this year will be the year.

Moneyball is based on the book of the same name by Michael Lewis and chronicles the 2002 Oakland Athletics season.  The ’02 Oakland A’s, led by General Manager Billy Beane (played by Brad Pitt), forever changed baseball by adopting an approach that valued rigorous statistical analysis over the collective wisdom of baseball insiders (coaches, scouts, front office personnel) when building a team.  This approach, termed “Moneyball,” enabled the A’s to reach the postseason with a team that cost only $44M in salary, compared to the NY Yankees that spent $125M to achieve the same outcome.

While the whole movie (and book) is a testament to the courage and perseverance required to challenge and change the status quo, time and again I come back to three lines that perfectly sum up the journey of every successful intrapreneur I’ve ever met.

The 2002 season is over, and the A’s were eliminated in the first round of the playoffs.  John Henry, an owner of the Boston Red Sox, has invited Bill Beane to Boston to offer him the Red Sox GM job.

This is what you sign up for when you decide to be an Intrapreneur.  The more you challenge the status quo, the more you question how business is done, the more you ask Why and demand an answer, the closer you get to “tak(ing) it in the teeth.”

This is why courage, perseverance, and an unshakeable belief that things can and should be better are absolutely essential for intrapreneurs.  Your job is to run at the wall over and over until you get through it.

People will follow.  The Red Sox did.  They won the World Series in 2004, breaking an 84-year-old curse.

Billy has to convince the ballplayers to forget all the habits that made them great and embrace the philosophy of Moneyball.  To stop stealing bases, turning double plays on bunts, and swinging for the fences and to start taking walks, throwing to first for the easy out, and prioritize getting on base over hitting a home run.

The players are confused and frustrated.  Suddenly, everything that they once did right is wrong and what was not valued is deeply prized.

Change doesn’t happen overnight.  It’s not a switch to be flipped.  It’s a process to be learned.  It takes time, practice, reminders, and patience.

“When you get an answer you’re looking for, hang up.”

In this scene, Billy has offered one of his players to multiple teams, searching for the best deal.  When the phone rings with a deal he likes, he and the other General Manager (GM) agree to it, Billy hangs up.  Even though the other GM was in the middle of a sentence.  When Peter Brand, the Assistant GM played by Jonah Hill, points out that Billy had just hung up on the other GM, Billy responds with this nugget of wisdom.

It’s advice intrapreneurs should take very much to heart.  I often see Innovation teams walk into management presentations with long presentations, full of data and projections, anxious to share their progress, and hoping for continued funding and support.  When the meeting starts, a senior exec will say something like, “We’re excited by the progress we’re hearing about and what it will take to continue.”

Instead of starting the presentation from the beginning, start with “what it will take to continue.”  You got the answer you’re looking for – they’re excited about the progress you’ve made – don’t spend time giving them the info they already have or, worse, could raise questions and dim their enthusiasm.  Hang up on the conversation you want to have and have the conversation they want to have.

Moneyball was an innovation that fundamentally changed one of the most tradition-bound businesses in sports.  To be successful, it required someone willing to take it in the teeth, to coach people through a process, and to hang up when they got the answer they wanted.  It wasn’t easy but real change rarely is.

The same is true in corporations.  They need their own Bill Beanes.

Are you willing to step up to the plate?