I Made a Huge Mistake. Here’s How to Avoid It. 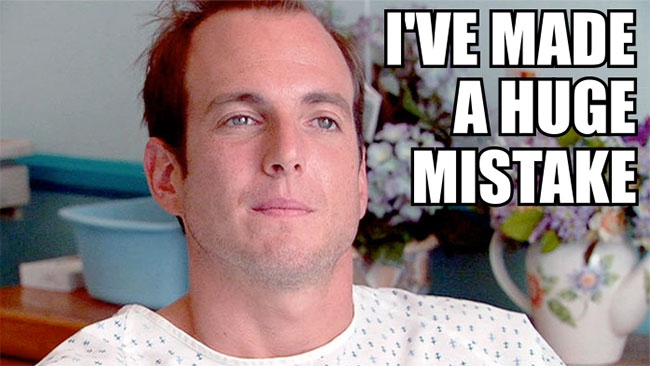 I wish I could take back those words.  Not just because they’re wrong, but because they were the beginning of the end of an innovation team with incredible talent and promise.

It was year 2 for the business’ innovation strategy but the first year that a full-time team was in place.  The first year team, a consulting firm, did great work building a foundation of deep stakeholder and market insights and identifying several potential areas for new businesses and business models.

Based on the strength of the work, the BU president invested in building a team of 3 full-time employees – one transferred from another part of the organization, the other two were new hires.  With the team in place, the President gave them two objectives:

The team worked hard for six months.  They focused mainly on building the new services business, and even took over another new business, still in the prototyping phase, that was floundering despite early promise.  The Architecture work became an afterthought, squeezed out by other priorities.

That’s why the Director of Innovation asked for help.  She didn’t have time, but it was still a priority.

About a month into our work, it was time to present the team’s progress to the BU president. The meeting had been on his calendar for several months and we had several conversations in which we previewed the content, and he expressed his eagerness to learn more.

After the President called my client to cancel the update meeting, she called me.  Our conversation went something like this.:

Client: Some things have come up in the core business and the quarter isn’t coming in as strong as expected.  The core teams need more of his time so he asked if we could cancel this quarter’s meeting and just meet next quarter.  He said he’s confident we’re doing the right things and we should just keep going and let him know if we need anything.

Me: Ok.  Is next quarter’s meeting on the books or do we need to schedule it?

Client: It’s already scheduled.  Honestly, I told him that he’s doing exactly the right thing.  He needs to focus on the core business because if it’s not healthy we won’t have the resources to do what we need to do.

Me: You’re right.  It’s counter-intuitive (to tell someone to ignore you) but correct.  Good job!

What I did wrong

What you can do right

The next quarter, a meeting did happen.  The innovation team presented their work and the BU President approved funding to develop and test two new business ideas.

Six months later, the company re-organized and a new President took over.

Six months after that, the innovation team was disbanded.  The two new hires left the company, the person who transferred in, transferred back out to another part of the organization.

It’s possible that this fate was inevitable, that no matter how much we engaged with the first president, that we still would have been shut down by the second president.