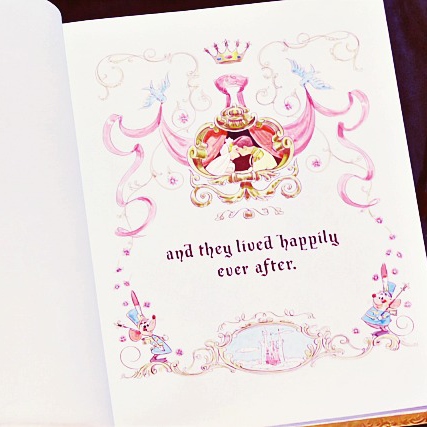 When you were a child, you knew that the best stories began with “Once Upon a Time” and end with “And they lived happily ever after.”  As an adult, you know that stories can begin and end any number of ways.

As a leader trying to grow a business, it may seem like all your innovation stories end with “And then we cancelled the project/disbanded the team/got distracted by the needs of our current business”

While there are hundreds, if not thousands, of answers to those questions, one of them is in the way you start the story.

How the story begins

Think about the last time you kicked off an innovation project.  What did you say?

Story 1: “We need you to work on X and we don’t want you to be encumbered by what we’ve done in the past.  We want you to explore, think creatively, and really push our thinking.

Story 2: “We need you to work on X and, to save you time, here is everything we did in the past.  Use this as a starting point and build from here.

Story 3: We need you to work on X.  Here’s what we did in the past, but we’re not tied to it.  Look it over and let me know what you think we should do from here.

There’s nothing obviously wrong with any of these.

Just like “Once upon a time,” they start with clear direction – we need you to work on X.  Even better, they all express your positive intentions and support (push our thinking, save you time, let me know what you think) for the team.

What could possibly go wrong?

How the story ends

The team returns from their quest, which usually involves a lot of research, to present their findings and recommendations.  They are excited by what they discovered and eager to continue their work. They conclude their presentation and turn to you, eagerly awaiting your response.

If you started with #1

Thinking of all the freedom you gave at kickoff, and sigh. “That’s good work but we already knew most of that.  We wanted you to push our thinking, but I don’t see a lot of new here.”

The team nods and tries to point out the new insights but to no avail.  The gather their things and walk out.  At best they feel dejected, like they failed an important test.  At worst, they’re angry, feeling like the whole exercise was a trap.  They know you’re disappointed and, as a result, the end is near.

If you started with #2

Thinking back to the dozens of files you gave them at kick-off, you lean forward and say, “That’s good work but we already knew most of that.  To be fair, you built on what we had but why did it take so long?”

The team looks at each other, trying to hide their confusion.  They built on what you gave them and delivered it on time.  Not knowing quite what to say, they gather their things and walk out.  Frustrated, they feel like they were set up to fail.  After all, why would you give them so much time if you didn’t want them to use it?  They know you’re frustrated too and brace themselves for the repercussions.

If you started with #3

You think back not to the kickoff but to the meeting after that, the one where the team presented their research plan.  You take a deep breath and say, “That’s good work but we already knew most of that.  To be fair, you did warn me that might be the case.  I can see where some things shifted and where we gained new insights.”

The team nods and lays out the implications of their findings.  They layout the milestones between today and a potential launch, and detail next steps to hit the next milestone.  As before, you debate the insights and the plan, ultimately coming to agreement on what happens next.  The team gathers their things and leaves the room, motivated to continue their work

Three stories began but only 1 is on track for a “happily ever after.”  The first two stories began with such promise, but they ended with dejection, anger, disappointment, confusion, and frustration.  Why?

If you started with #1, you set unrealistic expectations.  As a leader in the organization, you know more about the business than the team so it’s not realistic to expect the team to tell you something you don’t know.  As someone with years of experience in the industry, you know that things don’t change overnight so even research that’s a few years old is still probably more right than wrong.  Expecting the team to “push your thinking” and tell you something you don’t know isn’t realistic.  Worse, it’s not fair.

If you started with #2, you made it very clear from the start that you’re the expert by telling the team to take past work as a given and build on it rather than question it.  You probably also gave them a timeline and told them to come back to you at the next milestone.  You did all this to help the team work efficiently and you wanted them to feel ownership, to question the work and take the time they need, even if it’s less than the time given.  But the team did exactly what you asked because you gave them orders and, in most companies, success comes from following orders.

What did you do in #3 that put the team on path to “happily ever after?”

You were honest and transparent about past work. By sharing past work, you made it clear that you trusted the team to think critically and creatively, to analyze past data and make decisions about what should be kept, questioned, and discarded.

You invited the team to challenge you.  When you shared the past work, you gave the team insight into your current hypotheses and biases.  By admitting that you’re not tied to past work, you made it clear to the team that you were open to discussion and willing to change your mind.

You empowered the team to take ownership.  By asking the team to review past work then come back to you with suggestions and plan, you gave them ownership of the process.  When they left that first meeting, they were responsible for the work AND how the work got down.  They were project owners now

Good intentions aren’t enough to set innovation projects and teams up for success.  How you start the story by setting expectations and empowering the team has a huge impact on how the story progresses and whether or not it ends “happily ever after.”

How do you start your stories?