Why You Need to Start Small to Succeed Big. Just like Picasso 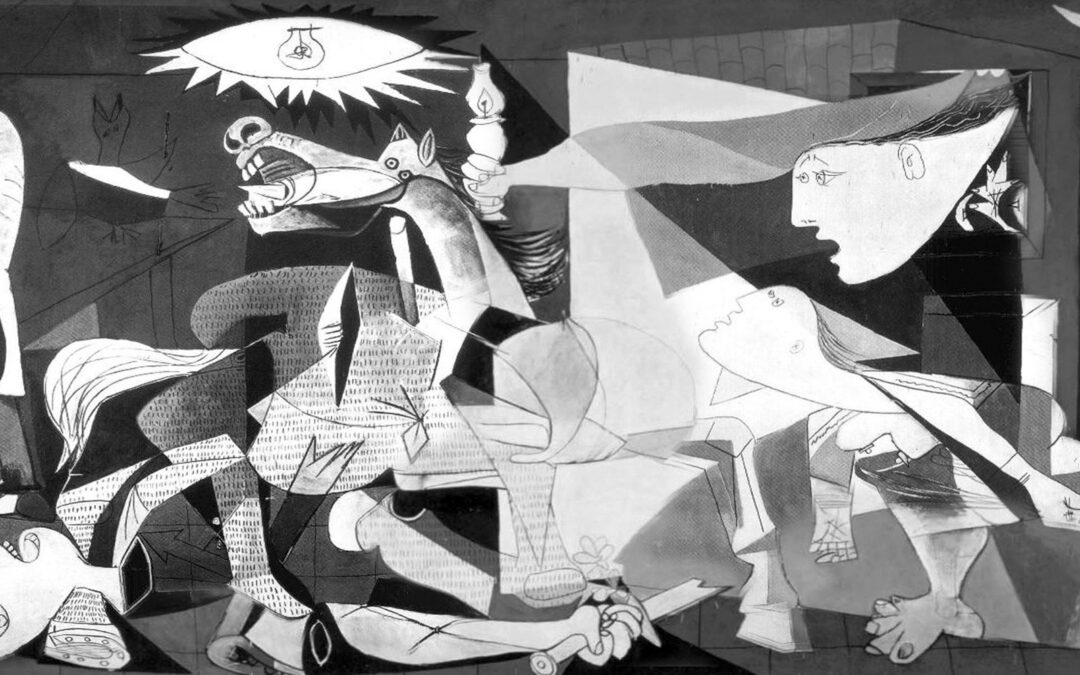 On April 26, 1937, Nazi warplanes, at the request of Franco’s Spanish nationalists, bombed Guernica, a town in northern Spain’s Basque Country. Bombs rained down on the city center for two hours, killing hundreds of people, primarily women and children.

On May 1, Pablo Picasso read an eyewitness account of the bombing and immediately began sketching.  Over ten days, he created more than 50 sketches – some barely more than scribbles, others with crisp and clear pencil lines forming tragic and horrifying figures, and yet others in bold hues of yellow, purple, and blue.

On May 11, Picasso stretched and prepared a canvas so massive that it could not stand upright in his studio.

In July 1937, Guernica was unveiled at the Spanish Pavilion at the Paris International Exposition.  At approximately 11.5 feet tall and 25.5 feet wide, the grey, black, and white oil painting with images showing the horrors of war was met with mixed reviews.

Today, it is regarded as one of the most moving and powerful anti-war paintings ever created and hangs in a custom-built gallery at Madrid’s Museo Reina Sofia.

What does this have to do with innovation?

Look again at the timeline above.  In only ten days, Picasso learned about Guernica’s bombing, was inspired to create something in response to it, drew initial sketches, and started work on the final product.

To translate this into a (somewhat poor) analogy for innovation, in only ten days, Picasso went from identifying a need (respond to the terrorist act) to brainstorming a solution (make a painting), to developing prototypes (sketches), to preparing to launch (stretching the canvas).

Of which almost all were spent prototyping.

How does that compare to your innovation process?

How much time do you spend identifying a need?  Brainstorming solutions?  Developing prototypes?

If innovation is all about solving problems and the number one reason startups and products fail is lack of product-market fit, why do you spend most of your time coming up with ideas instead of making sure they’re the right ideas?

You know that listening to your customers is crucial because they ultimately decide the fate of your innovation.  You know that prototyping is essential because all ideas are initially more wrong than right.

Yet, most companies adopt a “Go Big or Go Home” philosophy.  They push innovation teams to stop worrying about the “details” and “fail fast” by getting to market (and revenue) ASAP.

But this approach puts the project and the company at risk by increasing the likelihood that money, people, and reputations will be spent on projects that do not solve a pressing customer need and, as a result, fail in the market.

A better approach, one more likely to lead to market success, is to “Go Small to Go Big.”  Instead of a 10/80/10 split, spend 40% of your time finding the problem, 10% ideating, and 50% refining your idea through prototypes.

After all, if Picasso wasn’t willing to start painting until he first did some sketches, why are you willing to spend hundreds of millions of dollars to launch something you never prototyped?