Why Companies Need Salmon Ladders to Achieve Their Growth Goals 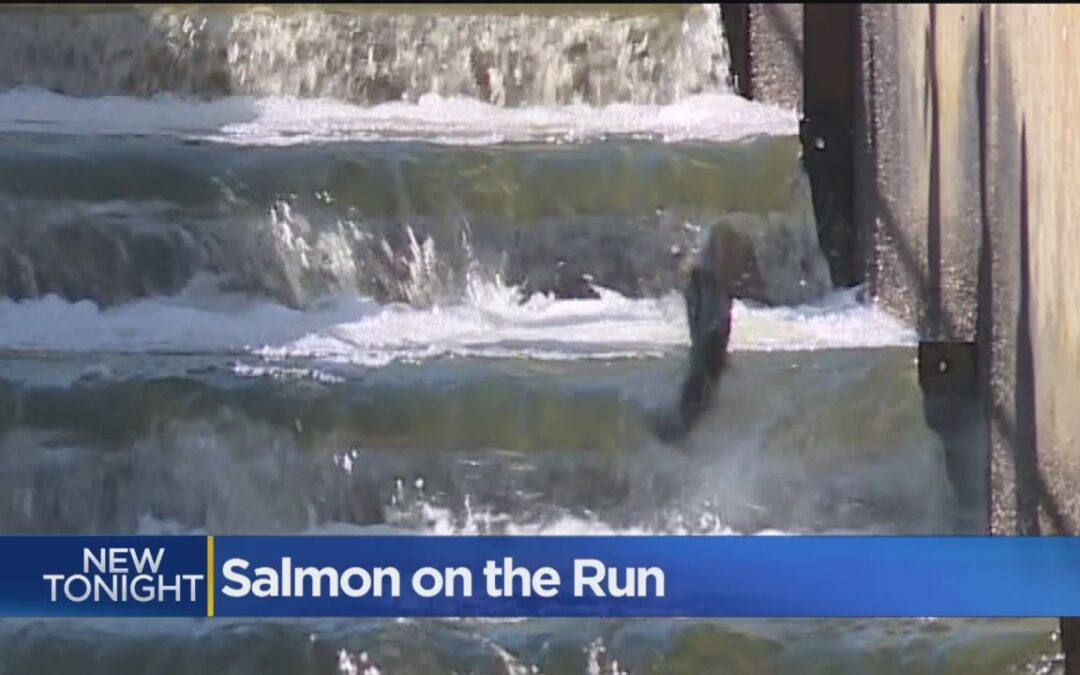 This was not the career advice I hoped for.

After months of tests, quizzes, career counseling sessions, and peer support groups, I was sitting in the expansive wood-paneled office of Harvard Business School’s Head of Career Services, eagerly anticipating learning what my ideal career would be.  I did not expect to be told that I was a fish.

“You are only happy when you are rebelling against something.  You are a salmon.  Whatever you choose to do, you must swim upstream.”

This did not sound like a recipe for the peaceful, easy, frictionless career that I envisioned.  This sounded like a career of frustration, struggle, and just generally being annoyed most of the time.

Quick tutorial on salmon – they hatch in freshwater, swim out to the ocean and live in the saltwater before returning to freshwater to spawn and die (assuming the don’t get caught by a bear or fisherman first).

Quick tutorial on innovators – they are born (like everyone else) with creativity and a sense of unlimited possibility, they go out into the world and face the sting of reality before returning to their natural creative state to ask questions, challenge the status quo, drive growth, and (like everyone else) die.

Swimming upstream is exhausting for fish and for people.  That’s why most don’t do it.  That’s why most fish and people make the sensible choice to go with the flow, work within the system, and find better ways to do the same things.

But innovators, like salmon, instinctively know that to create, they must follow a different and much harder path.  Instead of going with the flow, they must question the status quo.  Instead of finding a better way to do the same things, they question whether those things even need to be done and create new ways to do new things.

Companies recognize that they need innovators.  They need people who think differently and aren’t afraid to take smart risks because these are the people that will create new revenue streams and drive companies’ long-term growth.  But, like the river, the company can’t change how it operates.

Quick tutorial on salmon ladders – they are structures on or around natural barriers like waterfalls and dams, that have a high enough water velocity to attract the fish but not so much as to exhaust them, and often have very low steps that the salmon can leap up to get to their destination

Quick tutorial on innovation processes – they are structures separate from companies’ existing processes (and the barriers that often slow progress), that allow enough freedom for creativity and experimentation but not so much as to put the company at serious risk, and often have steps or stages that innovators and their projects must leap up in order to launch a scalable business.

Salmon ladders help salmon progress more rapidly and efficiently, decreasing the odds that they die from exhaustion before reaching their destination.  Innovation processes help innovators progress ideas more rapidly and efficiently through an organization, decreasing the odds that they die (or quit, or get fired) before reaching their destination.

How to build a salmon ladder for innovators

But as varied as effective innovation processes are, they share common characteristics.

Innovators do the hard work of swimming upstream.

Help them out by building a process to guide and propel them.

After all, as one of my favorite poems points out,

If you move with the crowd, you’ll get no further than the crowd

Simply swimming with the tide leaves you nowhere.

So if you believe in something that’s good, honest, and bright – stand up for it.

Maybe your peers will get smart and drift your way