The Innovator has No Clothes: Innovation’s 3 Great Lies 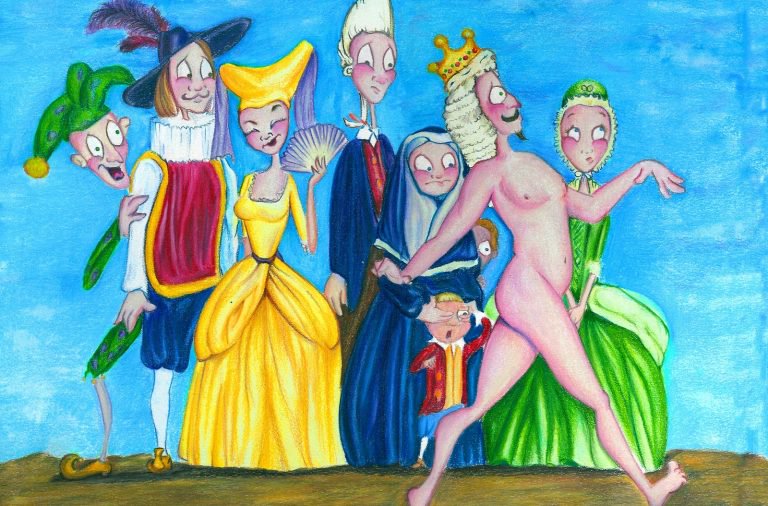 I love stories.  When I was a kid, my parents would literally give me a book and leave me places while they ran errands.  They knew that, as long as I was reading, I wouldn’t be moved.

I hated it because it made absolutely no sense.  It was a story of adults being stupid and a kid being smart, and, to a (reasonably) well-behaved kid, it was absolutely unbelievable.

As a kid, this story seemed completely wild and unrealistic.

As an adult, this story is so true that it hurts.

The truth of this story touches so many things and innovation is at the top of the list.

I’ve spent my career working in innovation working within large companies and as an advisor to them.  I know what executives, like the emperor, request. I’ve said what the consultants say to sell their wares.  I believed all of it.

Now I need to be the kid and point out some of the lies, as I see them.

Lie #1: Companies can disrupt themselves

Truth #1: Companies can but they won’t

There are lots of reasons why companies won’t and don’t disrupt themselves but, in my experience, there is one reason that trumps them all: It’s not in anyone’s interest.

In most companies, there is not one single person, including the CEO, who has a vested interest (i.e. is incentivized) in taking the time and allocating the resources required to disrupt the current busines.

In most companies, however, there are lots of people who have a vested interest (i.e. make lots of money) in delivering on quarterly or annual KPIs.

Disruption takes time.  It took more than 20 years for the hard disk drive industry, the focus of Clayton Christensen’s doctoral research and the basis of the theory of Disruptive Innovation, to be disrupted.  Even in today’s faster-paced world, it’s hard to find an industry that, in a span of 5-10 years, ceased to exist as a result of disruptive innovation.

Companies have the resources to disrupt themselves.  But executives don’t have the incentive.

OK, this one is more false than true.

Companies need to engage in multiple types of innovation:

Companies should only “act like VCs” when dealing with breakthrough innovations.

VCs are purpose-built to be financially successful in environments where there are more unknowns than knowns.  This is why the central tenant of acting like a VC is adopting a portfolio approach and making little bets in lots of companies.  When large companies who take this approach to breakthrough innovations, they, like VCs, invest in lots of initiatives thus increasing the odds of investing in a winner.

However, companies that “act like VCs” when it comes to their entire innovation portfolio simply dilute their resources, investing too little in too many things and ultimately decreasing their already low odds of innovation success.

Lie #3: We can pivot our way to success

Truth #3: If you’re not solving a problem, no amount of pivoting will bring success

The fact that the emperor and all the townspeople believed the emperor was wearing clothes didn’t make it true.

The same can be said for innovation.

If the innovation isn’t solving a problem, there is no market.  Shifting from a product to a service, won’t change that.  Nor will changing from a transaction-based model to a subscription model.

Pivoting is how you fit a square peg into a round hole.  It’s not how you create a hole for your square peg.

After all, the emperor wasn’t completely naked.  He was wearing a crown.

But that doesn’t make the lack of clothes any less embarrassing.