VTS with the Best: An Interview with Suzi Hamill 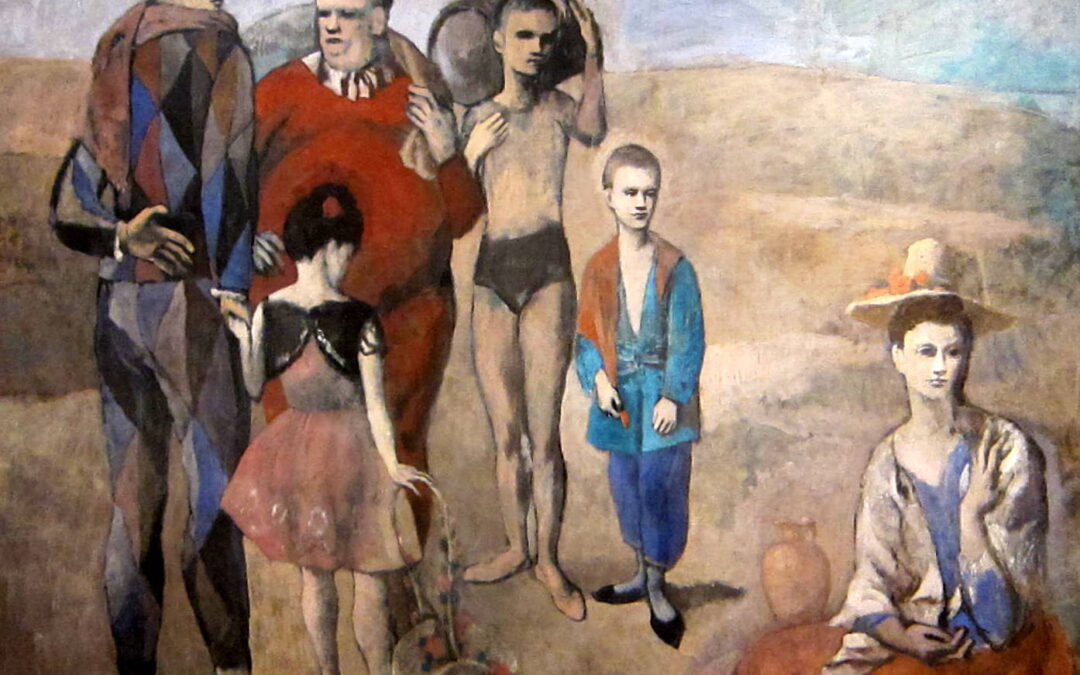 Typically, used in primary school classrooms, VTS has made its way into the corporate setting, helping individuals and teams to build and strengthen their problem solving and critical thinking skills, ability to communicate and collaborate, and effectiveness in delivering and receiving feedback.

While I did my best to capture the Why, What, and How of VTS in that post, there’s no substitute for learning from an expert.  That’s why I asked Suzi Hamill , former Head of Design Thinking at Fidelity and the woman who introduced me to VTS, to share her experience using the tool.

Hi Suzi.  Thanks for sharing your VTS wisdom and experience today.  I understand you’ve been doing a fair bit of VTS-ing lately.

Suzi: Yes!  Just a few months ago I was at Oxford University coaching 30 Chief Marketing Officers from large global corporations on how to apply Visual Thinking Strategies to their work and their teams.  And just last week, I led a session with a group of women on the West Coast of the US.

That’s one of the things I find so fascinating about VTS.  It was created to help people learn about art and was designed to be used in schools, but it can have such a powerful impact in a wide variety of businesses.

Suzi: Absolutely.  In a business context, there are massive systems and massive problems, and everyone has their own interpretation of what’s going on.  (imagine doctors deliberating over a diagnosis, investment analysts debating a company’s intrinsic value, retailers predicting the next fashion trend…) This creates conflict.  How do you pull together a range of people and ideas to forge the best path forward? VTS is a great, simple but rigorous method to help business groups look at big problems. VTS is a way to have open exploratory conversations with a diverse set of people

This is especially true in organizations that are very execution oriented. Often organizations haven’t developed the time, space or habit to work through ambiguity. VTS opens space for there to be ambiguity and dialogue.  It gives people permission to explore ideas, be wrong, and hear different points of view.

All of those behaviors are essential to making good business decisions.  I wonder, have you found that some people need “permission” more than others?

Suzi: I think everyone can benefit from the VTS experience and there are some circumstances where it can be transformational.

We are often taught not to question authority. But there is a delicate balance between challenging authority and understanding perspectives At Fidelity, our first experiment focused on using it as a way to prompt open conversation when there was a power imbalance in a room.  We rolled VTS out to our Design Team of about 100 people as a way to help junior designers to talk to the CEO or senior executives about their work and not get defensive.  We trained them to ask the VTS questions, especially “What do you see that makes you say that?”  We found that it was a great way for designers to learn how to get feedback on their designs.

Once we started having success with VTS, it was integrated into Fidelity’s 6-month long training program for the top 100 potential leaders.

That’s where we found the next circumstance – using VTS with leadership teams.  We found that VTS acts as a practical way to introduce the idea that you’re not just a do-er now, you’re a thinker and, as a result, you’re going to be faced with ambiguity.  Instead of shying away from it, you need to see that ambiguity is not only ok, but it is also fertile ground for us to grow our business.

That’s great but, as we both know, just because you learn something in training doesn’t mean you actually do it in real life.  Have you seen VTS make that jump?  Get people to move from knowing to doing?

At Fidelity, we would VTS customer research.  We would use the principle of VTS more than follow the strict methodology. We’d post our research on walls – sticky notes, photos of customers, flowcharts, everything, and we would bring in stakeholders and use the VTS process to tease out insights.  We give people time to LOOK and internalize what they were seeing before we told them what to think. By asking questions, we would discover what they were interpreting, identify unconscious biases, and learn what they already know or want to know about the customer.

At the event in Oxford, we VTS-ed the Business Model Canvas because most of the CMOs weren’t familiar with it.   Just by looking at it, they teased out its purpose, what was important and what wasn’t, what was confusing, and what wouldn’t work.  They walked away with a deeper internalization of its meaning

How is VTS able to do that?  To help people quickly internalize new insights or behaviors?

Suzi: The best way I can explain it is that VTS is like yoga.  When you teach someone yoga, with consistent practice they develop better posture and they walk and move fluidly and with strength.  So, when they’re going through their day, they become more aware of their posture and adjust but they don’t go into a whole vinyasa flow.

VTS is similar because when you use it with people, you’re teaching the mechanics of dialogue, of using evidence to progress, of managing ambiguity and conflict.

It takes time to tease out the power of the process but in the end, I’ve seen it help people realize that you don’t have to agree or disagree right away.  Instead, it gives them space to express an opinion and teaches them to ask questions and to ask for evidence in a way that is psychologically safe.

OK, but is it as simple as asking the 3 VTS questions?

Suzi: I wish.  You need somebody who is a skilled facilitator, who can keep the group moving forward and exploring ideas.

Leaders know they should stimulate conversation… solicit other people’s opinions, but they don’t know how. In meetings leaders will voice their own opinions, rely on the loudest voices, and steer the conversation. People will pick up on these signals. They will stop exploring and focus on giving the right answer.

Often, when people are running meetings they try to participate.  But that’s like trying to breathe underwater.  You can’t facilitate and participate.

What have you learned & applied?

Suzi: If you want to get people to engage in a great dialog, try giving them something to look at first. It can be a metaphor or real reflection. But give them something specific to point to anchor their thoughts.

You don’t need to compliment people on their thoughts to keep them engaged. Ask them for more… What do you see that makes you say that? What more can we find? People are not often asked for their opinions. That act alone is incredibly engaging.

As a leader it is just as important to get the obvious out on the table so that you can get to true insight.

TO LEARN MORE ABOUT VTS OR TO EXPERIENCE IT FOR YOURSELF…