A Career in Innovation, Part 2: The Meetings 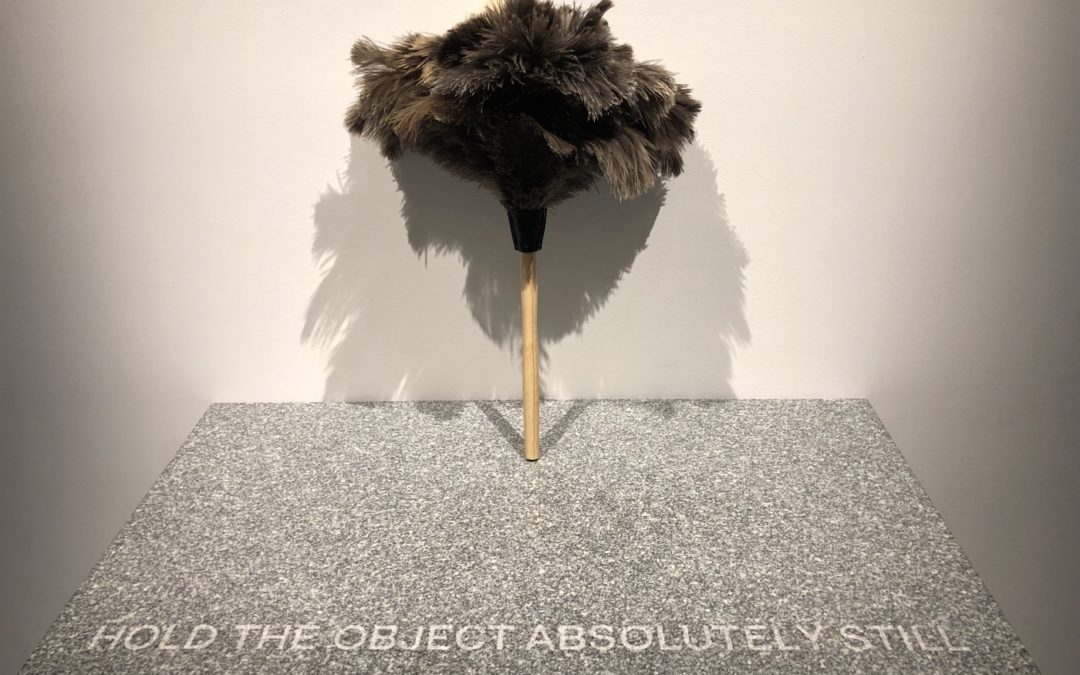 Part 1 was all about the experience of working in Corporate Innovation so, naturally, Part 2 has to be about one of the biggest areas where time in a said career is spent: meetings.

After nearly pulling/spraining/breaking an ankle/wrist/elbow/shoulder/knee trying to navigate “The Fact of the Matter” (aka experiencing a career in innovation), I looked forward to the safety of the next installation.

Instead I walked into “The Differential Room”, aka every meeting a corporate innovator has to endure captured in a series of chalkboards.

Just like your first meeting as a member of the Innovation team.

This is the moment when you realize you’re in a very different world. Instead of working on things that exist, that can be touched or experienced, that are known and explainable, you are now in an abstract and intangible world that is relying on you to define it, make it tangible, and explain it.

You’ve been given tools (fingers that make “points”) like customer research, access to people in the company, maybe even a bit of money and you’re expected to connect them together to something (a line). It’s up to you what form it takes, whether it is a product, a service, a process (e.g. how long the line is, whether it’s vertical or horizontal or diagonal).

You find that it’s rather fun to play around with options, to imagine what’s possible and, eventually, you actually begin to see what you’re creating.

People walk by and give you strange looks. Some stop to ask what you’re doing. You respond, “I’d make a business (line)! See! Isn’t it cool?” And they back away slowly, shake their heads, and return to their business.

Meeting with the Innovation Team Leader

It’s been fun designing the business (line) but you can’t stay there forever. It’s time to move on, to go deeper into the process.

It’s time to meet with your boss.

You know you have to be a bit more buttoned up and that you have to show her the option that you think is best (not all the lines you made, and tested, and discarded). So you prepare a presentation, excited to talk about lines

Yes, the meeting feels a bit like a performance, but that’s what meetings are. You’re surprised that, after presenting your business, your boss tells you that in addition to working on your business (line), you need to talk to this person in finance (stand on one leg), that person in legal (raise the heel of the standing foot), and these 3 people in supply chain (hop) AND do this all on the same deadline with no extra funding (not expressing exhaustion) BUT don’t let anyone know what you’re doing because that will slow you down (not…drawing any attention to yourself).

You’re now exhausted from hopping but you’ve successfully concealed that exhaustion and you can still make a line so it’s time to move deeper into the process and move one more rung up the ladder.

You and your boss prepare another presentation and you go to meet the Innovation Council — 5 people all one-level up from your boss and not involved in the team’s day to day work but definitely interested, somewhat supportive, and with budget to keep funding the work.

More of a performance than the last meeting but, again, to be expected.

You should have known there would be numbers involved.

It took you several attempts to complete the wishes of the innovation council and took much longer than you thought. Your business idea (line) is a distant memory, you now have an app-based service (bench) that seems far more complicated than it needs to be but makes the existing business team happy, and a financial model that, if you’re honest, has great numbers because you used Goal Seek.

Time to move on, right to the end of the installation and the top of the organization!

Before you could even start your presentation (performance), the questions and feedback started coming at you.

Some of the requests were understandable (lie flat on your back for thirteen counts, sit upright in thirteen counts) but then they slashed your budget (without the use of arms) while still expecting you to do what they asked.

Then they asked if you could launch in 2 months instead of 12 months (increase the angle of the leg to torso to one hundred eighty degrees) and get to $500M revenue in 12 months (keeping the elbows by the ribs, move the hands under the shoulders counting aloud to thirteen).

At some point you stopped listening because it all sounded like nonsense. What they were asking for was impossible.

You went in with an app-based service (bench) that everyone liked and looked good on paper and now you have…..what?

And BTW, the customer research (points) say that people want the business you designed 9 months ago (line)!

The “Planning for Next Year” Meeting

You’ve given up trying to understand, let alone act on, the last meeting. But you are no quitter. You carry on to the next installation. To the next meeting, the one in which the team is planning for next year, requesting the resources it will need to move faster and build bigger businesses.

“Looks like next year is going to be a down year for the company so they really need us to step up, do more, and generate at least $100M revenue. That said, they also have to cut our budget 75% and our team size in half.”

It is really really hard to do something new or different in a big company. It’s also really important to try but I am frustrated and exhausted and I’m starting to wonder it’s worth it. Or if it’s even possible.

I know that it pains them to say that. It pains me to hear it.

Making innovation happen in large organizations is about more than putting in place processes, structures, and KPIs (all necessary, but not sufficient, for success).

It’s about leaders learning how to think, act, and react in ways that are different from what is usually required when managing the existing business.

It requires a level of optimism, resilience, and belief in purpose that can be difficult for people to sustain in the face of ever more constrained resources, shorter timelines, and waning organizational patience.

So, when our belief wavers we do the only things we can: we share our experiences with others in similar situations, laugh about the nonsense, and take a deep breath or a small rest before we continue.

After all, the next room was filled with eighty hanging swinging pendulums that we have to dodge to continue through the exhibit.