A Career in Innovation — Part 1: The Experience 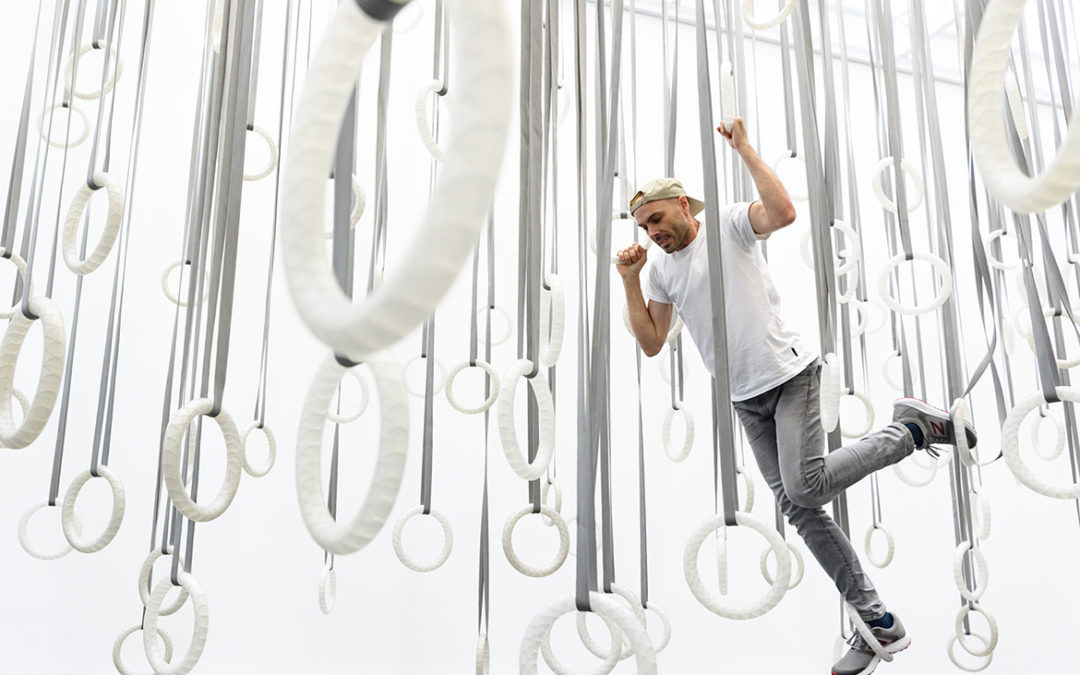 Have you ever had that eery feeling of some secret you’ve been keeping being subtly exposed by someone or something that has absolutely no way of knowing it? Have you ever had a conversation with someone, or read something, or seen something, and thought to yourself, “How do they know?”

I had that feeling a few months ago at the Institute of Contemporary Art (ICA) in Boston.

And it made me laugh. Mostly so I wouldn’t cry.

A Bit of Background

For the uninitiated (me), William Forsythe is a famous choreographer who “redefine(d) classical ballet” through his unique approach to “choreography, staging, lighting, and dance analysis.” Since the early 1990s, he’s also been developing art installations that are designed to “stimulate movement from visitors.”

This all sounds well and good and like a fun exhibit, and I needed to find something to do with my dad while he was in town, so off we went!

Welcome to the Jungle

The second piece in the exhibit is Forsythe’s The Fact of the Matter — essentially a large room with hundreds of rings suspended from the ceiling by straps of various lengths, and accompanied by instructions to move from one end to the other using only the rings. This is the piece’s first showing in the US for (obvious) liability reasons.

Dad and I, overly confident in our physical fitness, decided that it would be a good idea to give it a try, and joined the line that circled the room (only 10 people were allowed on the piece at a time).

That’s when the feeling that I have experienced this before started to creep in.

45 minutes later, having made it only one-third of the way through the installation and narrowly avoiding breaking or spraining or pulling something on at least eight different occasions, I stepped out and collapsed against the wall.

After an embarrassing amount of recovery time, I walked to the next installation and realized why the whole experience felt so familiar.

It was the perfect encapsulation of a career in corporate innovation.

The Corporate Innovator’s experience in 45 minutes

What Forsythe (apparently) knows about corporate innovation that most don’t

Just when I thought Forsythe might have just gotten lucky with his “Experience a Career in Corporate Innovation” installation, I walked into the next room. Filled with chalkboards, he had somehow captured the progression of meetings corporate innovators endure as they present to ever higher levels of management…