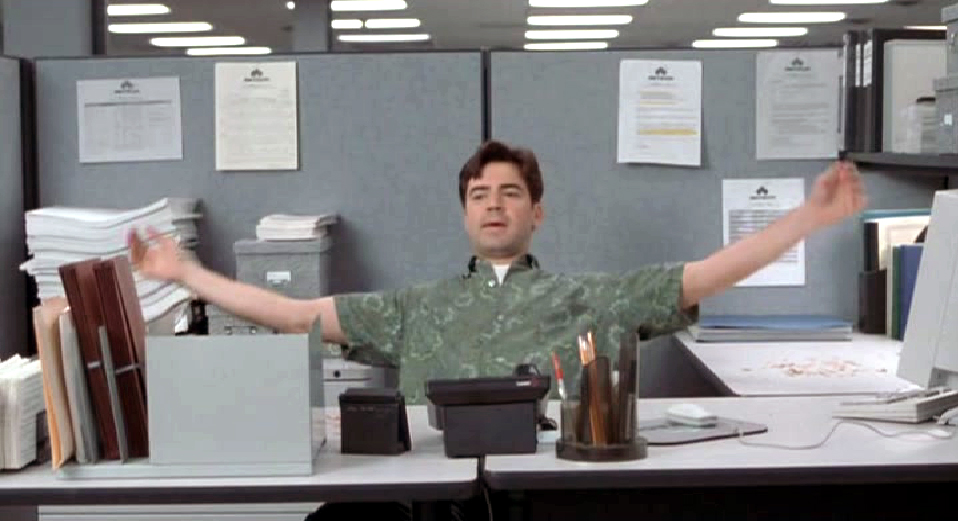 I’ve had more than one conversation recently in which an Intrapreneur will ask me, with downcast eyes and voice barely above a whisper, “Has my career been a lie? Is making innovation happen in a big company actually impossible?”

Intrapreneurs have the hardest jobs in the world so it’s understandable that they often get frustrated and sometimes burned out. After all, they face a massive system of hundreds (thousands?) of people who are not only motivated to defend and extend the status quo but who are rewarded for doing so.

While we can’t give up (never give up!), sometimes we need a break. But what is an Intrapreneur to do when they need a break from corporate innovation?

Happily there are lots of options because Intrapreneurs have many valuable yet rare skills than can easily be applied in other roles. Let’s take a look at just a few alternative professions that draw on an Intrapreneur’s unique skillset.

Remember that time you submitted a budget request for $3M to support a team of 5 working to test 3 new businesses that, if launched, would generate $450M annual revenue? Remember when you actually received $1.5M for a team of 3 to test 6 new businesses that, when launched, would generate $1B in new revenue? Remember when you come this close to actually nailing that crazy goal?

You could be a public school teacher

According to to the OECD, from 2010–2014 education spending per student increased 5% across its 35 member companies. In the US, spending per student decreased 4% over the same time frame thanks to a 3% decrease in spending and a 1% increase in student population. Yes, public school teachers are being asked to teach more with fewer resources.

Remember that time that you ran an experiment to test your customers’ willingness to pay only to find out that it was half of what you needed to be? Then remember how you spun that result into a positive thing because it allowed you to quickly kill the project and start investing in the next one?

You could be a meteorologist.

Have you ever seen a depressed meteorologist? Nope, neither have I. Even though they’re wrong all the time (actually, they are, on average, wrong only 20% of the time according to this Kansas City meteorologist who has absolutely no reason to doctor the data), they get on TV multiple times a day to predict the 1-day, 5-day, 7-day, and even 10-day forecasts.

They spend hours cranking through computer models to tell us at 6am that there’s a 20% chance of rain today. Armed with this information, we leave home without our umbrellas only to get drenched in something that can only be described as a monsoon during our commutes home. Then they pop back up at 11pm happy about the day’s “beneficial rain” and peppily predicting sun tomorrow.

Intrapreneur Skill #3: Optimism in the face of incredible odds

Remember that time you were super excited to be asked to join a new team at your company that would focus in creating new business models and launching new businesses? Remember how excited you were to present your first batch of ideas to management? Remember how you were only momentarily bummed when all your ideas were crushed because they didn’t support the current business or fit the current business model? Remember coming in the next day full of energy and optimism that you’ll get ’em next time?

You could be a lifelong Cleveland Browns’ fan.

OK, I know that being a Browns’ fan isn’t a profession (it’s an identity) but Browns fans are the world’s best example of this trait. Not only did the Browns lose Every Single Game during the 2017 season, they have put together the worst 3 season record in NFL history, “including all existing franchises from 1920 until now. Of the 32 existing franchises, in every season they have played in every city they have played in, with every wacky nickname attached, no one has had a worse three-season run.” Yet, despite being the worst team in history, Browns fans still show up to games, even when the bitter winter wind whips off Lake Erie and swirls around the stadium. They’re so steadfast that The New York Times actually wrote an article about them and their unwavering belief that “there’s always next year.”

There you go, dear Intrapreneurs, just a few of the thrilling careers where you can apply the skills you’ve honed fighting the good fight in corporate America.

As for me, I’m going to stick with Intrapreneurship because dealing with kids all day is my version of hell, I’m pretty sure meteorology requires math, and my heart is still broken for the 1997 Cleveland Indians so I can’t take on any more Cleveland sports pain. More importantly, I still think Intrapreneurship is a hell of a lot of fun. Most of the time.